John Kaufman and Hervé Rousseau received the Gold Medal at CIRSE 2022. Gold Medallists have made outstanding contributions to the practice and science of interventional radiology on an international scale. National contributions and clinical excellence alone shall not be sufficient. Gold Medallists also have significantly promoted the image and impact of the society by personal influence and international recognition. 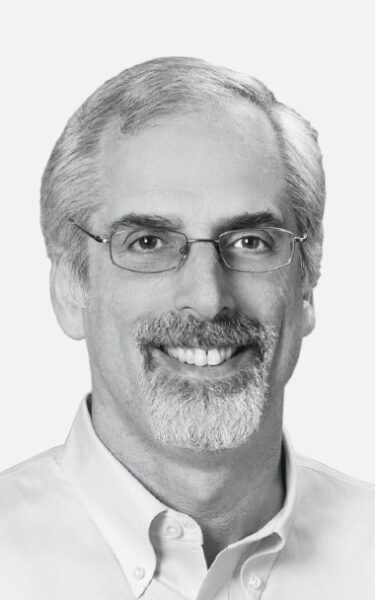 A native of Boston, Dr. Kaufman worked at the Massachusetts General Hospital from 1991 until 2000, when he joined Dr. Fred Keller and Dr. Josef Rosch at the Dotter Institute in Portland, Oregon. He has worked there since. The son of a radiologist, he is the proud father and father-in-law of two interventional radiologists.

A proponent for the advancement of interventional radiology worldwide, his 2008 Joseph Rosch Lecture at CIRSE advocated for specialty recognition for IR, and in 2010 he co-led with Dr. Jim Reekers. This international workgroup published a global definition for the specialty. In addition, Dr. Kaufman chaired the task force that resulted in the 2012 recognition of interventional radiology as the 37th primary specialty in the United States, setting the foundation for the IR residencies in that country.

A life-long educator, Dr. Kaufman advocates for inclusivity, diversity, and opportunity in IR regardless of nationality, gender, religion, ethnicity, or race. In 2016, though practicing in the United States, he sat for (and passed!) the EBIR exam. Dr. Kaufman has authored and co-authored many articles, chapters, and textbooks, with an academic focus on vena cava filters. He is an associate editor for CardioVascular and Interventional Radiology and an item-writer for the EBIR. In 2011, he was honored as a Distinguished Fellow of the Cardiovascular and Interventional Radiology Society of Europe, and in 2018 with the Gold Medal of the Society of Interventional Radiology.

Dr. Kaufman’s active clinical practice is focused on vascular malformations and complex venous interventions but encompasses the broad spectrum of IR. He is a secretary-treasurer of the American Board of Radiology and chair of the OHSU Professional Board. Most important, he is married to Cathy Kaufman, and they have three children, eight grandchildren, and four dogs. 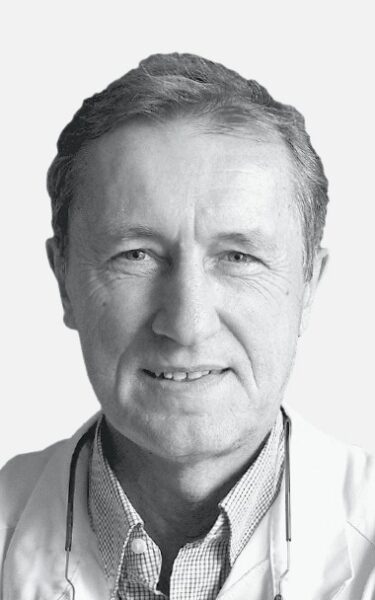 Since 1985, Hervé Rousseau, MD, PhD has been involved in many interventional procedures in France, mainly with the first stents placed in human vessels in Europe. Furthermore, he has been on the cutting edge of research and development in vascular interventions, particularly in stent and stent graft development for peripheral vessels, TIPS. He was one of the first European vascular interventionists to use stent grafts in the treatment of thoracic aortic diseases.

Professor Hervé Rousseau received his medical degree from Toulouse University of Paul Sabatier. Following his training in Toulouse, he became a fellow in the department of radiology at the University Hospital of Rangueil in Toulouse, where he became an assistant professor in 1987, in the department of radiology chaired by Professor F Joffre. In 1988 he obtained a master’s in surgical science in Paris. After a two-year fellowship at Toulouse’s CHU Rangueil, he continued his training, partly in the United States with Professor Amplatz, Professor Schwarten and Professor Castaneda-Zuniga until 1989. Since 1990 he has been a professor of radiology at his alma mater, Paul Sabatier. His clinical interests are diagnostic imaging and interventional radiology in vascular diseases.

From 2000 to 2006, he has been the director of the Research Imaging Centre at the Paul Sabatier University. In 2007, Professor Rousseau along with Dr. Anne Nègre-Salvayre created a research centre on atherosclerosis and cardiovascular imaging (I2MC, INSERM U1048) at CHU Rangueil Toulouse.

Professor Rousseau has been a reviewer of numerous journals, published more than 500 papers and abstracts in peer-reviewed medical journals, and presented his work at many national and international symposia. He is a member of several medical societies and has been chairman of the French Society of Cardiovascular Interventional Radiology since 2002.

In addition, Professor Rousseau is a Distinguished Fellow of CIRSE, held numerous offices in CIRSE and was co-chairman of the CIRSE meeting in 2005.