We spoke to Prof. Wim H. van Zwam to learn more about his presentation at CIRSE 2022.

Watch this lecture in the workshop, “Acute stroke management.”

On January 1st, 2015, the Multicenter Randomized Clinical trial of Endovascular treatment for Acute Ischemic Stroke in the Netherlands (MRCLEAN) study was published in the New England Journal of Medicine. This was the first RCT showing a clear benefit of endovascular treatment (EVT) in patients with an acute ischaemic stroke due to a so-called large vessel occlusion (LVO) in the anterior intracranial circulation. Several other ongoing RCTs were immediately halted and published shortly after, showing similar treatment benefits of EVT. Since then, EVT for patients with an acute stroke due to an LVO of the anterior circulation has been recommended in all international guidelines. Treatment had to start within the first six hours after the onset of symptoms because overall treatment benefit disappeared after little more than six hours. Later, a few trials showed that with adequate patient selection, based on perfusion CT (CTP) or diffusion-weighted MRI (DWI), a significant treatment benefit could be achieved in patients treated even up to 24 hours after symptom onset.

More recently, some studies also showed a treatment benefit of EVT in the posterior circulation (basilar artery) LVO. However, the results of the published and presented studies are not as convincing as in the anterior circulation.

In nearly all these studies, the latest generation thrombectomy devices, the so-called stent retrievers, were used. Stent retrievers are stent-like devices, or modified regular stents, that are placed in the occluding clot and subsequently pulled out together with the clot. An alternative treatment method is aspiration, in which the occluding clot is aspirated with a relatively large bore aspiration catheter. Several studies have shown that results with this aspiration technique are just as good as with a stent retriever (and probably less expensive).

Combined techniques, combining aspiration and a stent retriever with an additional proximal balloon guide catheter (BGC) have been reported to have the best chance of a ‘first pass effect’ (FPE). If FPE is achieved, meaning the (near) complete opening of the vessel, reported as an eTICI score of 2C or 3, with one attempt, the patient will have a significantly better clinical outcome than when eTICI 2C/3 is achieved after multiple passes.

Most of the above topics will be addressed in the workshop in a case-based manner. Problems or decision moments that occur in daily clinical practice will be discussed. Alternative approaches or differences in patient management will be presented and discussed with the attendees, while questions from the attendees are welcomed and hopefully answered. Some knowledge about stroke or EVT is preferred for the discussion but not necessary. The moderators of the workshop will present the theory and cases in a clear way, comprehensible for all levels of training or experience in interventional radiology. 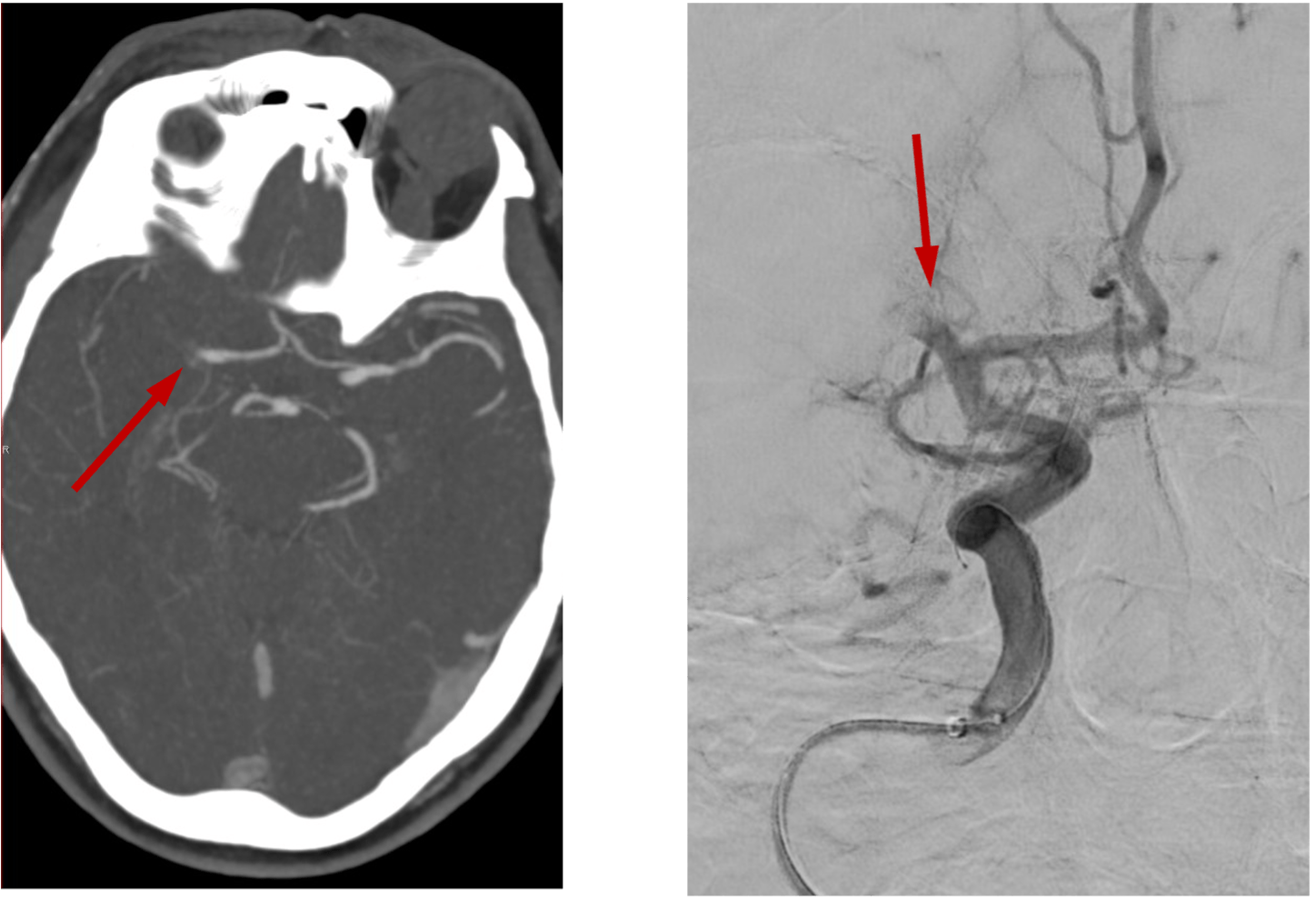 Figure 1: (a) CTA with right MCA occlusion. (b) DSA of same occlusion. Prof. Wim H van Zwam is an experienced neurointerventional radiologist at the Maastricht University Medical Center, with a PhD in radiology and an MSc in neurointerventional surgery. He was PI of the MACCA study on contrast enhanced MRA for cerebral aneurysms, co-PI of the MRCLEAN trial and is currently co-PI of the MRCLEAN_Late trial (https://www.mrclean-late.nl) and he chairs the DSMB of Philips’ WETRUST study and of the InExtremis trials (LASTE and MOSTE). He is board member of the European Board of NeuroIntervention (EBNI), fellow of the European Stroke Organization and of ESC’s Council on Stroke. He published more than 200 peer reviewed papers, mainly on ischaemic stroke, is a regular lecturer at the ECMINT and EXMINT courses as well as ESNR’s Course in Interventional Neuroradiology and ESO/ESNR/ESMINT Stroke Winter School. He is reviewer and associate editor of several journals.
Cookies help us provide our content and services. Most of them we need to ensure the functionality of our website, others are used to analyse your browsing behaviour ("technically non-necessary cookies"), whereby personal data is also processed, for more information see our Privacy Statement.