We spoke to Prof. Christof M Sommer to learn more about his presentation at CIRSE 2022.

Catch his lecture in session, “Lymphatic leaks: imaging and intervention.”

– This is a relevant pathologic condition that IRs interested in lymphatic pathology and its treatment should be aware of!!!

Chyloretroperitoneum is a potentially life-threatening medical condition with pathologic lymph or chyle collections in the retroperitoneal cavity. Typically, chyloretroperitoneum manifests as abdominal pain and swelling, chest pain, urinary symptoms including renal failure, wound discharge, and/or scrotal edema with drainage volumes ranging from several hundred milliliters to several liters per day. Iatrogenic and non-iatrogenic causes have been described, and the time between symptom onset and correct diagnosis can range from days to years. As described below, optimal therapy consists of a multidisciplinary and multimodal approach.

Wrap-up of the underlying anatomy

The retroperitoneal cavity is bound by the peritoneum parietal ventrally and by the fascia transversalis dorsally. Its five compartments include:

This compartment lies between the two lateral compartments described above, posterior to the anterior pararenal space on one side and anterior to the spine on the other. The central vascular retroperitoneal compartment contains, among others, the aorta, the inferior vena cava, the sympathetic trunk, and major portions of the lymphatic system.

The two posterior compartments more broadly include the psoas major and iliacus muscle, reaching deep to the lesser trochanter.

A superb graphical illustration that allows the understanding of the different compartments and spaces at a glance can be found in the free access publication by Coffin et al. (PMID: 25547251; https://pubmed.ncbi.nlm.nih.gov/25547251/). Given the narrow topographic circumstances of the retroperitoneal cavity, it is obvious that a range of conditions in different organs can lead to primary and secondary chyloretroperitoneum. The most common include lumbar trauma, urogenital infection, chemotherapy for lymphoma and different surgical procedures such as anterior spinal surgery, lumbar decompression, living donor nephrectomy, kidney transplantation, nephroureterectomy, retroperitoneal lymphadenectomy, pheochromocytoma resection and abdominal aortic repair.

Depending on the underlying cause of the lymphatic fistula – spontaneous, posttraumatic, or postoperative – the chyloretroperitoneum may have typical or atypical imaging features. Conventional CT and MRI focus on the detection of pathologic fluid collections, whereas the detailed knowledge of the radiological anatomy allows the diagnosis of chyloretroperitoneum in the context of a specific clinical history. Dedicated imaging techniques such as iodised oil-based CT lymphangiography or gadolinium-based MR lymphangiography visualise the lymphatic system and the underlying lymphatic pathology. Thus, the diagnosis of chyloretroperitoneum can be made specifically on the basis of pathologic contrast material extravasation or pathologic lymphatic flow dynamics even and especially in highly complex settings (e.g., in patients after multivisceral resection or with congenital or diffuse lymphatic disease). At this point, attention should be drawn to the possible and diverse communication pathways between the different cavities, compartments and spaces. Incomplete fusion of fascial planes during embryonic development or complex surgery in different compartments allows fluid to migrate from one compartment to another. This insight explains the regularly observed phenomenon of accumulation of lymph or chyle in one body cavity. However, the underlying lymphatic fistula is in another adjacent body cavity (e.g., an aspect of chyloperitoneum may be observed after radical retroperitoneal lymphadenectomy, although the lymphatic fistula is actually in the central vascular retroperitoneal compartment). These potentially misleading imaging aspects of conventional CT or MRI underscore the great potential of dedicated lymphatic 3D and dynamic imaging and the challenge of performing lymphatic treatments in the right place. A better understanding of the pathophysiological changes in lymphatic flow, from temporary and partial reflux to excessive flow reversal, should be a goal of future lymphatic research, as it may be considered a prerequisite for improved management of patients with spontaneous and iatrogenic lymphatic fistulae.

As with all types of lymphatic fistulae, the best therapeutic results can be achieved as a team. The multidisciplinary management of patients with chyloretroperitoneum consists of dietary modification (low-fat or fat-free diet) and repetitive subcutaneous injections of octreotide with the goal of minimising the amount and flow rate of lymph and chyle transported via the lymphatic system. Fluid infusion therapy and parenteral nutrition are the standard procedures to compensate for the significant loss of intravascular fluid and avoid cachexia and immune incompetence. Percutaneous drainage helps to quantify the chyloretroperitoneum and is, therefore, important during treatment as a marker of clinical success. In addition, repeated drainage therapy or paracentesis result in pain relief when large volumes of lymph or chyle are trapped in the retroperitoneal cavity or displaced from the retroperitoneal cavity into the peritoneal or pleural cavity via above mentioned communication pathways. Among the most effective treatments for chyloretroperitoneum are interventional radiological procedures that allow healing within days or a few weeks. Therapeutic conventional lymphangiography with iodised oil (transpedal or intranodal), interstitial embolisation with glue, sclerotherapy with ethanol, or a combination of those procedures can be performed as technically safe and clinically effective treatments, either one or more times applied depending on the underlying lymphatic pathology. The salvage strategy usually consists of radiation therapy and surgical revision, but this carries the risk of complications and treatment failures. 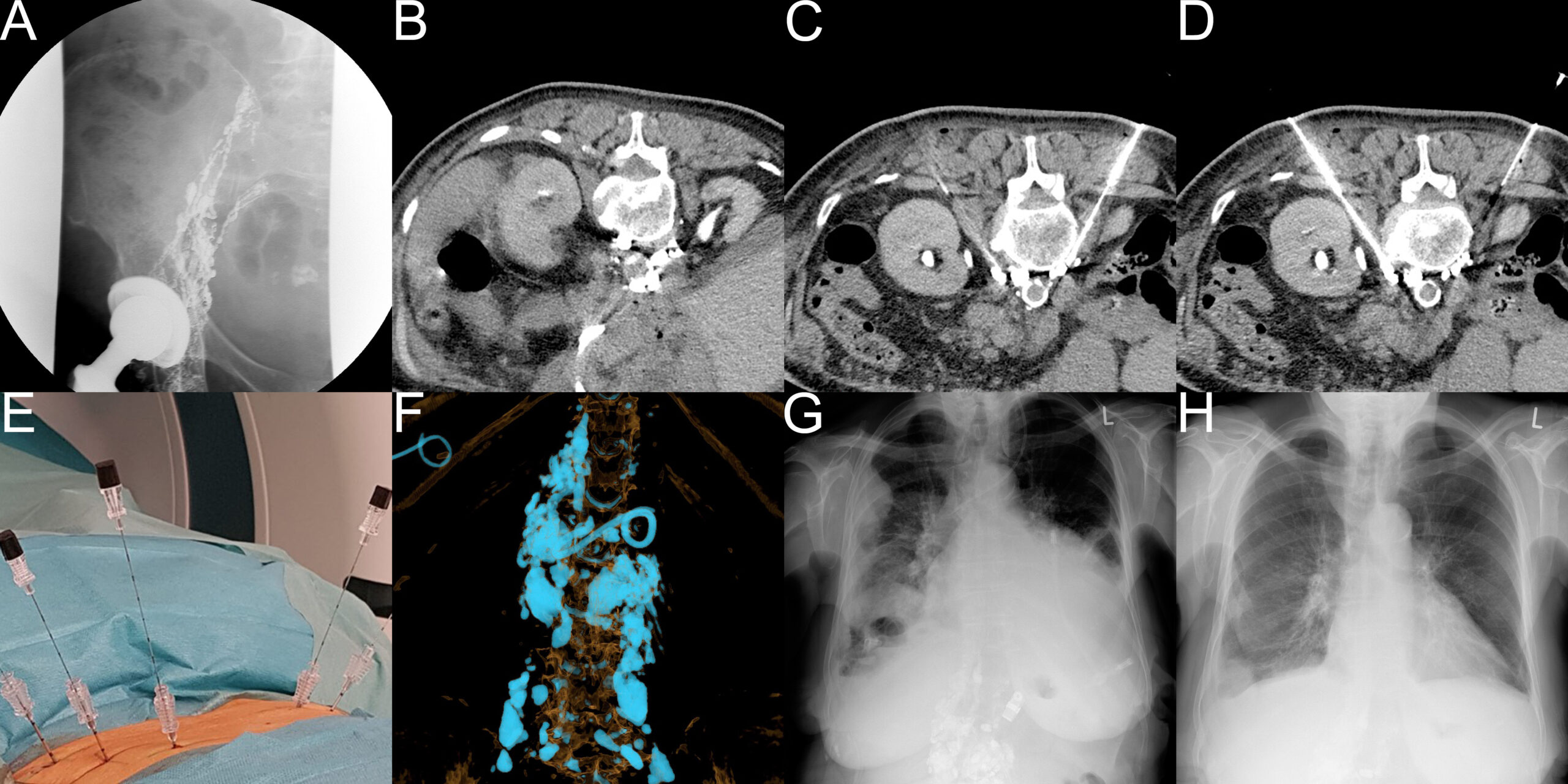 Figure 1: Reference case #1 with a retroperitoneal lymphatic fistula in the form of chyloretroperitoneum after necrotising pancreatitis, which also shows an aspect of chyloperitoneum and chylothorax.

Repetitive iodised oil based transpedal lymphangiographies, internal and percutaneous drainage therapies and interstitial embolisations during a six-month period resulted in ultimate clinical success with resolution of chyloretroperitoneum, chyloperitoneum and chylothorax under regular diet 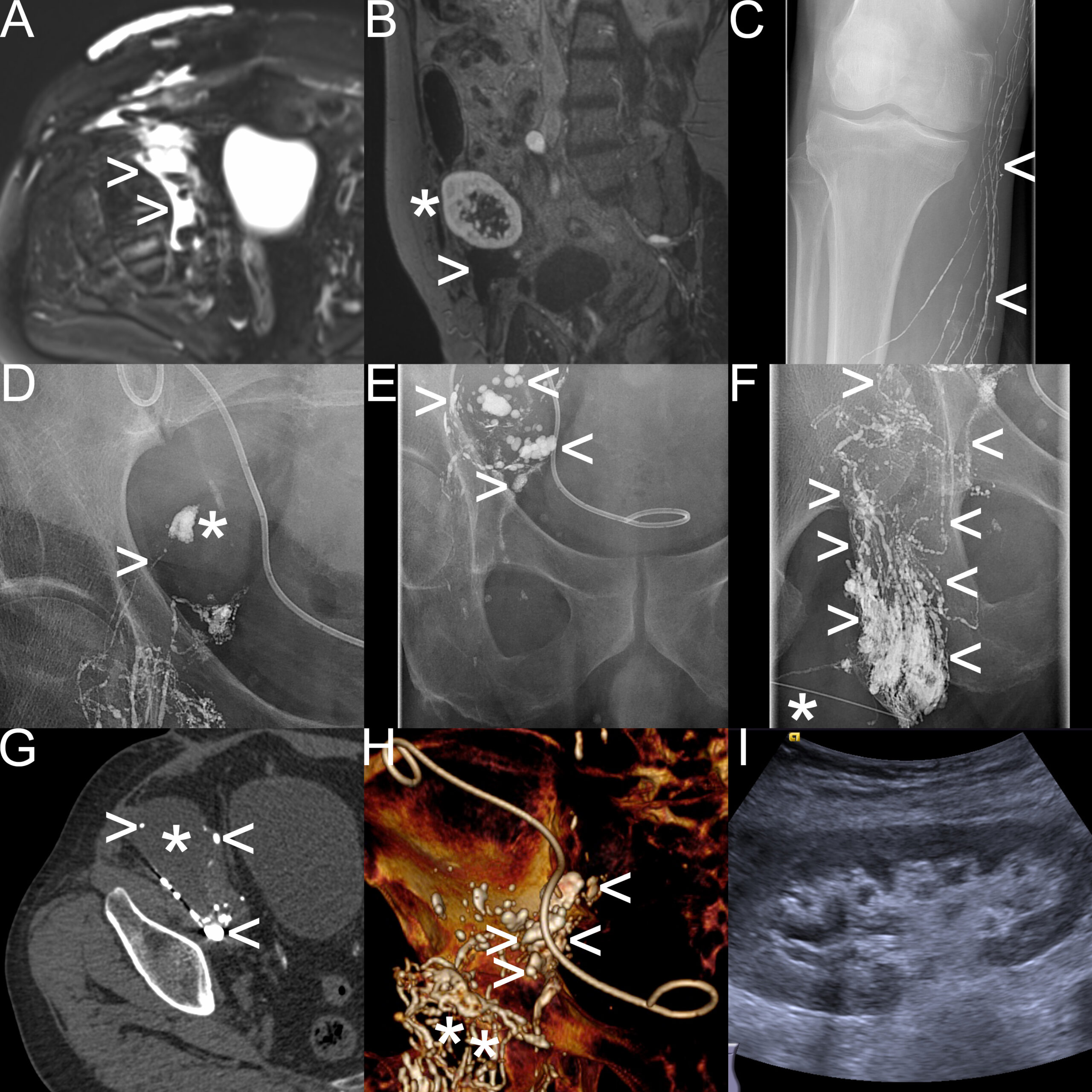 Figure 2: Reference case #2 with retroperitoneal lymphatic leakage in the form of a typical lymphocele after kidney transplantation.

Iodised oil based transpedal lymphangiography and subsequent interstitial embolisation with a 4:1 iodised oil/glue mixture (5 ml) resulted in resolution of the lymphocele and preservation of the kidney transplant Christof M Sommer is a physician, interventional radiologist and scientific author. He works at Heidelberg University Hospital in the Clinic for Diagnostic and Interventional Radiology and at Stuttgart Clinics in the Clinic for Neuroradiology. Christof M Sommer is a professor at the Ruprecht-Karls-University Heidelberg and is an active member of various professional societies such as the DRG, DGNR, ESR, ESMINT and CIRSE. Currently, Prof. Sommer is specializing in interventional neuroradiology and healthcare management.