We spoke to Prof. Teichgräber to learn more about his presentation at CIRSE 2022.

Watch his lecture in the session, “Have we made any progress in peripheral arterial disease treatment?”

Although atherectomy in peripheral arteries has been reported since the 1980s, evidence on clinical efficacy and safety is lagging behind [1]. A recent systematic Cochrane review on atherectomy versus plain old balloon angioplasty (POBA) or primary stenting reported on seven randomised controlled trials (RCTs) that included a total of 527 participants. However, the evidence was very uncertain due to bias, small-scale studies and heterogeneity [1]. Neither twelve-month primary patency nor target vessel revascularisation (TVR) differed significantly from POBA (relative risk [RR] 1.20, p = 0.42 and RR 0.59, p = 0.24, respectively). There was also no significant difference in mortality and cardiovascular events to angioplasty with or without stenting. Although in the RCTs, atherectomy reduced dissection and bailout stenting rates (RR 0.28, p < 0.01; RR 0,26, p = 0.01), distal macro-embolisation was seen more frequently with atherectomy (RR 2.51, p = 0.19) [1]. In addition, the large-scale Vascular Quality Initiative (VIQ) registry (12,499 patients) found more procedural-related complications, including dissection, bailout stenting and embolisation with femoropopliteal atherectomy compared to POBA [2]. Another evaluation of a large Medicare population (15,279 patients) that included patients with claudication who underwent their first femoropopliteal intervention, revealed 60% had an atherectomy procedure done. A total of 46% of these patients needed a reintervention within a median of 435 days. This was significantly more frequent than after an initial intervention without atherectomy (27% reinterventions, p > 0.001) [3]. To our knowledge, no direct comparison of atherectomy to bypass surgery has been provided to date.

European guidelines on peripheral artery diseases do not issue a recommendation on atherectomy, but the American College of Cardiology Appropriate Use Criteria Task Force [4] rates infra-inguinal atherectomy as “may be appropriate” and attributes this to paucity of comparative data and expense of the procedure. The Society of Cardiovascular Angiography and Interventions (SCAI) consensus guidelines on device selection differentiate their recommendation on atherectomy according to laser, directional, orbital/rotational and excisional/aspiration atherectomy. They advise against atherectomy as intended definitive therapy except for laser atherectomy of in-stent restenosis [5, 6]. Only as an adjunctive treatment, orbital atherectomy may be considered for severely calcified, undilatable lesions [6].

Despite insufficient evidence and restrictive recommendations, utilisation of atherectomy has more than doubled during the last decade [7]. However, there was a wide distribution of practice patterns, with one peak at 0% and another at >80% of initial atherectomy procedures. Independent predictors for the primary use of femoropopliteal atherectomy were claudication (vs. critical limb-threatening ischaemia, odds ratio [OR] 1.5) and diabetes (OR 1.1) as patient-level characteristics and working in ambulatory surgical centres or office-based laboratories (71-100% of service, OR 8.0), physician male sex (OR 2.1), and fewer years since graduation (OR 1.4 – 2.7), as physician-level characteristics. Unfortunately, there is obviously a relation to reimbursement. This phenomenon is observed not only in the United States, where Medicare reimbursed 90% of the overall 2019 budget for initial femoropopliteal interventions for atherectomy that comprised only 54% of patients [8].

A feasible endovascular alternative to femoropopliteal atherectomy was presented in 2018 as the pave-and-crack technique by Dias Neto et al. (Leipzig registry, 67 patients) [9]. Briefly, after local anaesthesia along the calcified segment, access was achieved antegrade by using re-entry systems or by performing an ipsilateral retrograde or, as in most of the patients, a bidirectional approach (if all other means failed). Subsequently, thorough pre-dilation was conducted. If perforation occurred or was anticipated (in 59% of the procedures), a covered stent graft was implanted (“pave”). Thereafter, a second aggressive balloon dilation could have been necessary (“crack”). Finally, the lesion was relined with an interwoven Supera stent to resist remaining recoil forces. Technical success (< 30% residual diameter stenosis) was achieved in 98% of lesions, and Kaplan-Meier twelve-month estimates of primary patency and freedom from target lesion revascularisation were 79% and 85%, respectively.

In conclusion, more robust evidence on efficacy and safety is needed from large-scale RCTs on different lesion characteristics with different comparators, including bypass surgery. Until then, attention should be paid to existing guideline recommendations and appropriate use criteria documents that already have set the right course. Finally, health care systems must take care not to create false incentives. 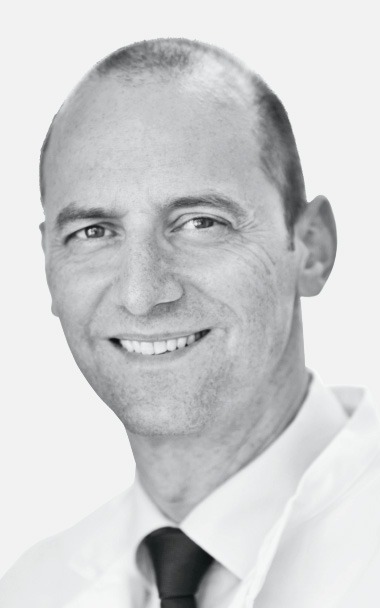 Prof. Teichgräber is chairman of the Department of Radiology and Dean of Medical Education at the Jena University Hospital, Friedrich-Schiller University Jena in Germany. He obtained his medical degree at Hannover Medical School in Germany and did his training in radiology at Charité University Hospital in Berlin. His major topics of interest include intra-arterially delivered therapies, implementation of artificial intelligence to support diagnostics and in medical education, anchoring ultrasonography into undergraduate medical training. He is principal investigator of a series of randomised controlled, multicenter trials on drug-coated balloon angioplasty.