We spoke to Dr. Spiliopoulos to learn more about his presentation at CIRSE 2022.

Watch his lecture in the session, “Have we made any progress in peripheral arterial disease treatment?”

The mechanism of balloon angioplasty is based on plaque disruption and displacement within the arterial wall. Using balloon angioplasty, the atheroma is not removed but crushed and redistributed within and along the arterial wall. In the presence of eccentric, severely calcified atheromas, balloon angioplasty performs poorly, flow-limiting dissection or recoiling is common, and bail-out stenting is necessary to achieve immediate technical success [1, 2]. Atherectomy enables percutaneous atheroma removal, which could allow for improved acute luminal gain even following low-pressure angioplasty, resulting in minimal vessel barotrauma, and thus less negative remodelling and neointimal hyperplasia [3].

Overall, randomised and observational data indicate that atherectomy results in decreased dissection and bail-out stenting rates, while plaque removal seems to optimise vessel-wall drug uptake and enhance the anti-restenotic effect of drug-coated balloons (vessel preparation concept) [4, 5]. This appealing prospect of plaque removal and vessel preparation has led to extensive clinical investigation. At the same time, the use of atherectomy devices exponentially have increased over the past decade to surpass angioplasty and stenting to become the most frequently used endovascular intervention for femoropopliteal lesions in the United States [6]. However, the question remains, can atherectomy increase patency outcomes of endovascular peripheral arterial interventions?

Although it seems quite logical to obtain better patency outcomes by removing the atheroma rather than displacing it, until 2017, published data from nine major prospective registries and five randomised controlled trials (RCT) were contradictive and did not support the superiority of percutaneous atherectomy over standard peripheral balloon angioplasty or stenting in terms of patency or limb salvage [2]. However, in one RCT, atherectomy resulted in fewer re-interventions when treating femoropopliteal in-stent restenosis (six-month TLR: 26.5% vs. 48.2%; p<0.005) [7]. Moreover, atherectomy groups in all five RCTs demonstrated consistently numerically superior one-year patency/TLR-free rates (ranging between 80% and 93%) compared to the control groups, suggesting that atherectomy could result in significantly superior patency outcomes if a larger number of patients were investigated [2]. This numerical superiority in patency was also noted in two recently published multicentre RCTs investigating vessel preparation using infrapopliteal orbital and directional atherectomy followed by PCB angioplasty versus PCB angioplasty alone [8, 9]. Following these recent trials, Usai et al. conducted an updated systematic review on infrainguinal atherectomy plus PCB angioplasty, demonstrating excellent pooled one-year primary and secondary patency rates of 92% and 98%, respectively [10].

Atherectomy has also been proposed as a valid endovascular solution for hard, eccentric calcified lesions of “no-stenting” areas such as the distal crural vessels and pedal arch with the re-intervention-free rate exceeding 90%, as well as of traditionally surgical areas such as the common femoral artery, in which the three-year primary patency rate was approximately 85% and therefore comparable to open surgery [11, 12]. 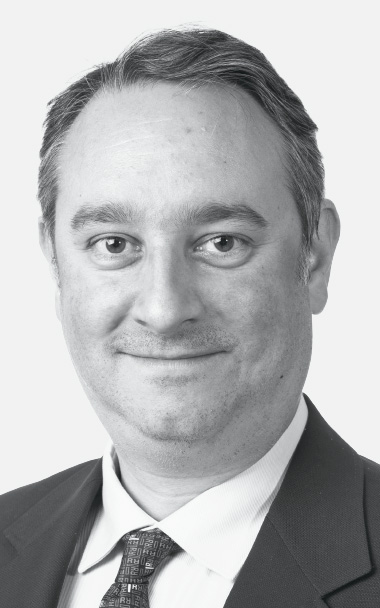 Dr. Spiliopoulos is an associate professor of interventional radiology, at the 2nd Department of Radiology, of the National and Kapodistrian University of Athens, “Attikon” University General Hospital, in Greece. His clinical work includes vascular IR, non-vascular IR, and interventional oncology procedures. He teaches radiology and interventional radiology for pre- and post-graduate courses at the University of Athens School of Medicine and participates as a primary investigator or co-investigator in clinical and experimental investigational protocols including multicentre, European, and global studies. Dr. Spiliopoulos is also an honorary senior lecturer in the Institute of Medical Sciences, School of Medicine, Medical Sciences and Nutrition, at the University of Aberdeen, in Scotland, UK. After completing his fellowship in interventional radiology at Guy’s and St’ Thomas’ Hospitals, London, UK, he has worked as a consultant interventional radiologist at the Nobles Hospital, Isle of Man, UK and Aberdeen Royal Infirmary Hospital, in Aberdeen, UK. He is a holder of the European Boards of Interventional Radiology (EBIR), a certified Endovascular Specialist (EBIR-ES) and a Fellow of the Cardiovascular and Interventional Society Europe (FCIRSE) Radiology. Dr. Spiliopoulos has published more than 180 peer-reviewed PubMed articles and 17 book chapters. He is a reviewer of 17 scientific PubMed journals and has given over 100 invited lectures at national and international congresses. He is an elected member of the Standards of Practice Committee for CIRSE, associate editor in two PubMed scientific journals, a member of the editorial board of four international peer review journals and an editorial consultant for the Journal of the American College of Cardiology: Cardiovascular Interventions. Dr. Spiliopoulos has received over 20 international awards and distinctions for his research in interventional radiology. His ongoing research interests include the endovascular management of peripheral arterial disease and dialysis vascular access, personalised vascular medicine, and loco-regional treatments of solid organ malignancies.