We spoke to Dr. van Overhagen to learn more about his presentation at CIRSE 2022.

Watch his lecture in the session, “Update on advanced below-the-knee interventions.”

Treatment strategies in CLTI include lifestyle changes, such as smoking cessation and weight reduction, and medical treatments such as antiplatelet therapy, lipid and hypertension control and revascularisation in order to create unobstructed arterial blood flow into the foot [1].

Traditionally, revascularisation was performed by means of bypass surgery, but endovascular techniques have gradually become the first choice of treatment as they are less invasive and reduce perioperative morbidity and mortality. In addition, there are no trials for below the knee revascularisation comparing endovascular techniques with bypass surgery and the published meta-analyses show similar results regarding leg preservation [2,3].

Percutaneous transluminal angioplasty (PTA) has been and still is the basic procedure used to open up a blood vessel after the stenosed or occluded lumen has been crossed with a guidewire. In intravascular ultrasound (IVUS) studies, it has been shown that the main effect of PTA is established by creating a limited dissection (4). The human body, in an attempt to heal this wound, however, sometimes reacts with (neo)intimal hyperplasia which subsequently results in restenosis, thus decreasing the long-term effects of PTA [5].

The first reports regarding the use of DES in arteries below the knee (BTK) appeared around 2012 [7,8,9]. The trend in these reports was that patency was improved BTK after using DES compared with PTA only or bare metal stents (BMS). This was confirmed in a meta-analysis by Katsanos and colleagues who concluded that “DES for focal infrapopliteal lesions significantly inhibit vascular restenosis and thereby improve primary patency, decrease repeat procedures, improve wound healing and prolong overall event-free survival”. They did not find significantly less amputations, which might be explained by the small number of patients and the inclusion of patients with claudication in the trials whose limbs are not at risk [10].

After these encouraging initial results, however, for no obvious reason the interest in interventional radiology shifted towards the use of drug eluting balloons, because “you do not want to leave anything behind”.

As we believed that the benefits and drawbacks of DES BTK in CLTI had not been researched properly and thoroughly enough, we initiated the Percutaneous Transluminal Angioplasty and Drug-Eluting Stents for Infrapopliteal Lesions in Critical limb Ischaemia (PADI) Trial in the Netherlands, in which patients with CLTI only and lesions below the knee were randomised for a paclitaxel-coated coronary DES (Taxus Liberte, Boston Scientific ) or PTA with bail-out BMS (standard practice) [11,12].

The primary endpoint of the PADI trial, patency on CTA at 6 months follow-up, was significantly better in the per protocol analysis for DES compared with PTA±BMS, which was consistent with previous reports from others. In addition, at 6 months follow-up there were almost twice as many major amputations after PTA±BMS (20.5%) compared with DES (9.8%) but the difference did not reach statistical significance (Fig 1) [12].

In collaboration with the Dutch health insurer VGZ, we showed that DES are cost effective in BTK treatment in CLTI due to higher hospital costs of amputation and rehabilitation in the PTA±BMS group [14].

In 2018, Katsanos and colleagues, in a systematic review and meta-analysis reported an increased risk of death following the application of paclitaxel coated balloons and stents in the femoropopliteal artery. The vast majority of these patients had intermittent claudication (89%) and were treated with drug eluting balloons (DEB) [15]. Later, the same group reported in a systematic review and meta-analysis a significantly lower amputation free survival after using paclitaxel coated DEB compared with non-coated PTA balloons in infrapopliteal arteries [16].

These worrisome publications urged us to extend the follow-up in the PADI trial and study the long-term follow-up in our patient population with a special focus on survival and mortality. We observed a very poor 10-year survival in general, with a mortality of 79.6%. There was no significant difference between mortality in the DES group compared with the PTA±BMS group (Fig 4). In addition, there was no specific dose related mortality or dose per weight mortality.

One should consider that the paclitaxel dose of drug eluting devices differs with the type of device and its intended diameter and length. DES generally have a much lower dose than DEB with the same intended diameter because the surface on which the medication is applied is much smaller. For the same reason, the paclitaxel dose on smaller crural devices is lower than on larger femoropopliteal devices. Finally, DES present a scaffold which may offer possibilities for slower and more controlled release [17].

The PADI trial has been criticized for using short coronary DES, whereas patients with CLTI often have long lesions. Unfortunately, longer DES devices were and are still not commercially available. Recently, however, Boston Scientific has designed a stent specifically for BTK lesions. In the SAVAL trial, a longer self-expandable DES has been introduced and has been compared with PTA only. The first results should be released soon and we are anxious to see them! 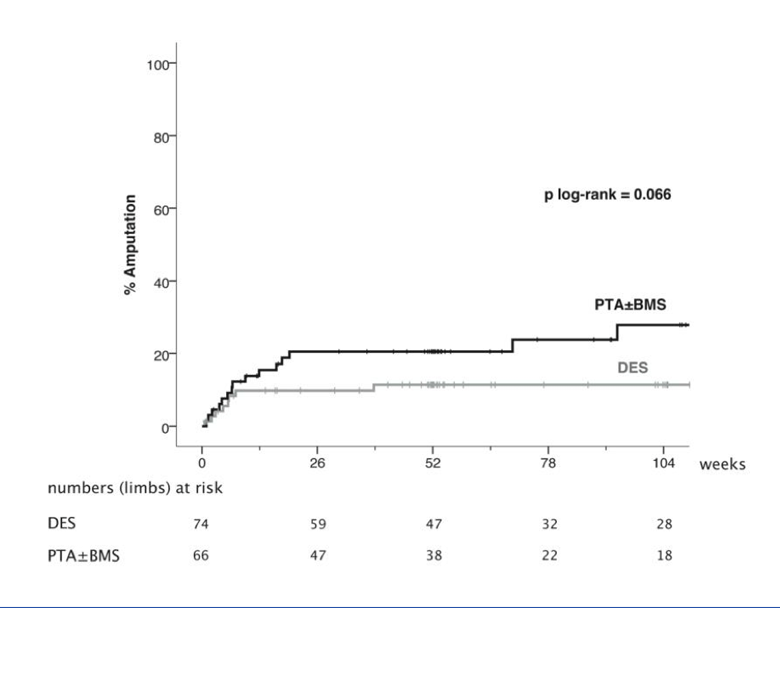 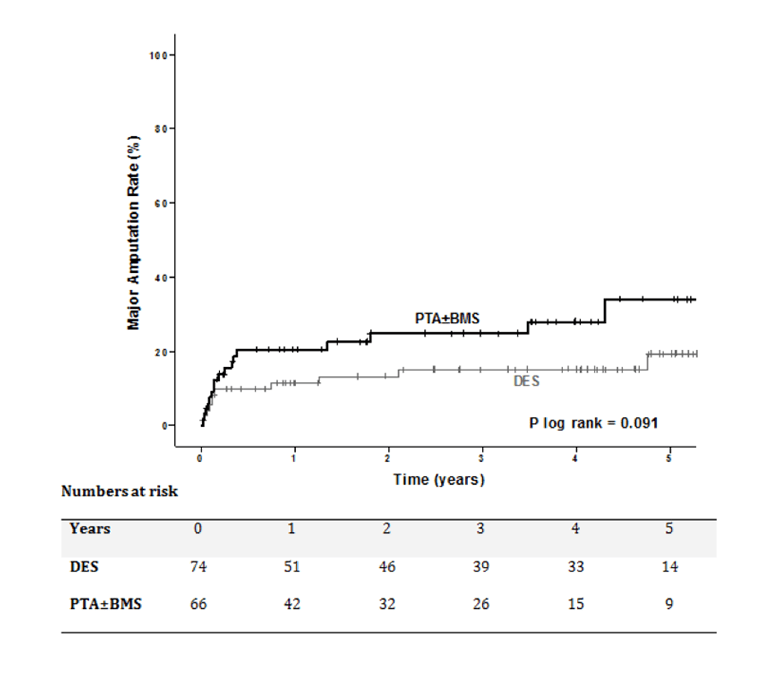 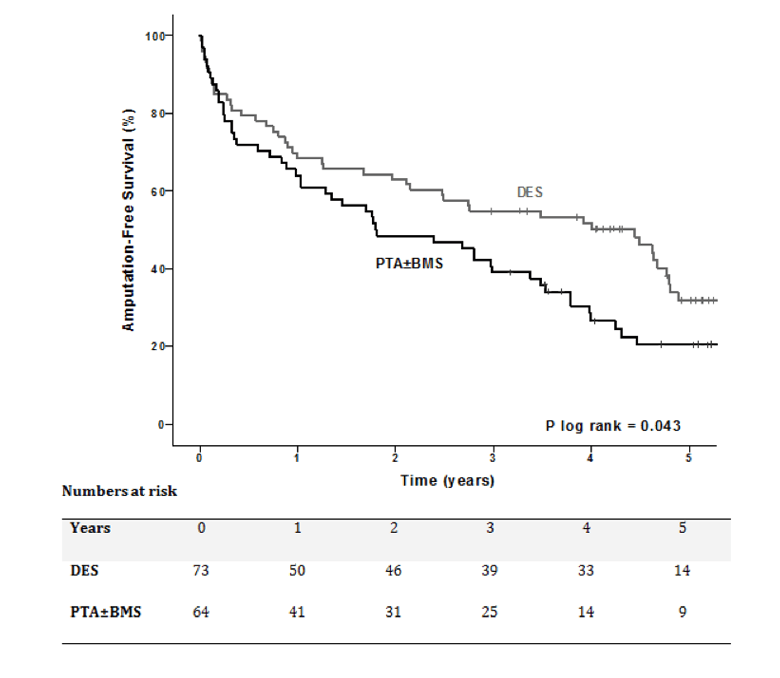 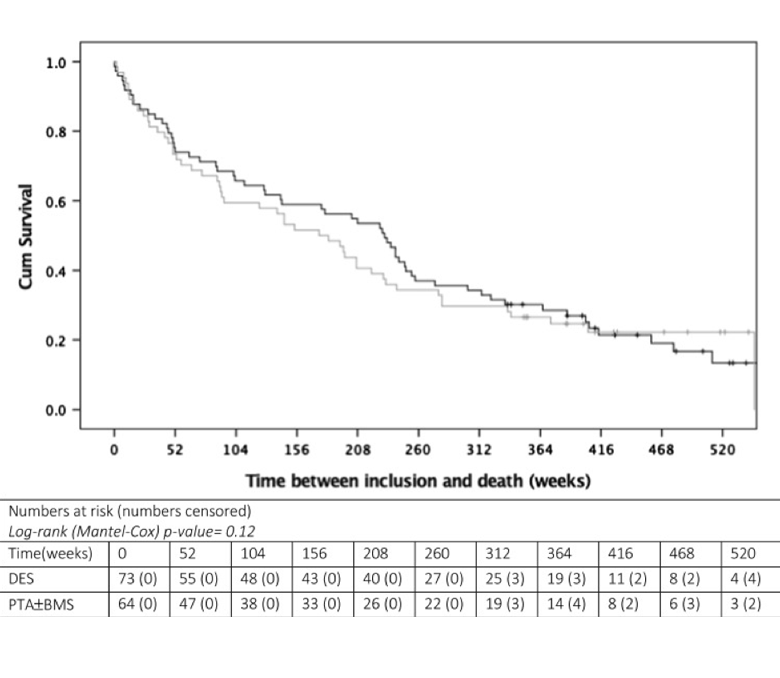 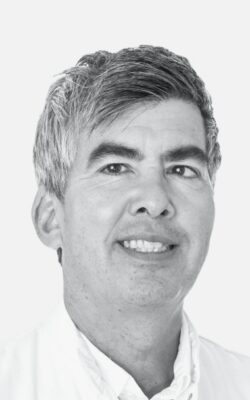 Dr. van Overhagen completed his medical studies at Leiden University before going focusing on interventional radiology at the Erasmus University in Rotterdam. He is particularly skilled in vascular interventions such as stroke, Cl(T)I and AMI, and is the principle investigator of the PADI and Puccini trials, as well as the European PI of the SAVAL trial. He is an active member of CIRSE, the Netherlands Society of Interventional Radiology, and the Netherlands Society of Radiology, and is the Co-founder Radiologie Interventie Dag Nederland. A CIRSE fellow, Dr. van Overhagen and has authored or contributed to numerous CIRSE Academy courses and SOP documents, especially on stroke and CL(T)I, and is currently on the CIRSE 2022 Scientific Programme Committee.