We spoke to Dr. Krokidis to learn more about his presentation at CIRSE 2022.

Catch his lecture during the session, “Robotic and stereotactic approaches in IR.”

Robotic systems were introduced in modern surgery more than two decades ago; they were established for clinical treatment in urology but rapidly expanded to other areas like general surgery, gynaecology, and orthopaedics. Nowadays, more than 6000 Da Vinci robotic surgical systems (Intuitive Inc.) are available worldwide, and more than 1.3 million procedures are done robotically every year. This evolution offered a massive transition from traditional open and laparoscopic surgery to robotic surgery, benefiting patients, surgeons, and healthcare systems. However, in the field of endovascular therapies, robotic navigation has only recently been developed and is still not extensively integrated into everyday clinical practice.

The endovascular area where robotic technology appears to be used most frequently is electrophysiology procedures. Navigation in such procedures is performed via an external magnetic field. The concept was initially introduced in the early 1990s to perform diagnostic studies on neonates. A few years later, the first stereotaxis systems were developed using a 0.15T magnetic field. The first remote navigation system was the Niobe (Stereotaxis Inc), consisting of two permanent neodymium-iron-boron magnets. The magnets were placed on each side of the fluoroscopy table, and control was performed via an external computer [1]. The most novel evolution in this field is offered by the Genesis system (Stereotaxis Inc), which utilises smaller magnets that rotate along the centre of mass and allows for very high responsiveness to physician control. The magnets are held on two flexible robotic arms, increasing the system’s potential range of motion and offering wider angulation. The system is faster than its predecessors and has improved ergonomics. This specific system is designed for robotic electrophysiology, offering very satisfactory outcomes and becoming the new standard of treatment [2]. However, the use of magnetic field guidance for catheters may be applied in other endovascular fields in the near future, given that the concept offers catheter guidance “from the top,” increasing precision and stability.

The control panel for such systems is located outside the room to optimise efficiency but also to offer the possibility of remote access. Telerobotics or “cockpit surgery” appears to be a growing trend within the spectrum of digitalised treatments, providing collaboration between centres for difficult cases.

A different technology was implemented in the construction of the Magellan (Auris Surgical Robotics Inc.), which consists of a remotely steerable catheter system that provides manipulation by orthogonal pull-wires. The cockpit again is located outside the room, reducing the radiation exposure for the operator. Clinical outcomes of the system have been very positive in terms of reduction in target vessel cannulation time and catheter stability, particularly for complex procedures [3, 4].

A similar system is the CorPath GXR (Corindus Inc) which succeeded the previous CorPath 200 model. The system consists of two major components, a remote area of control (Figure 1c) and a “cassette” (Figure 1b) that is applied on a metallic arm (Figure 1a) fixed on the angiographic table. Vascular access is obtained, the required catheters are inserted in the “cassette” and then manipulation is performed from the remote position. Most of the evidence is produced for coronary intervention, but there is also some evidence from peripheral work, underlining the feasibility of the method, the precision of wire manipulation and the reduction of radiation for the operator [5, 6].

Furthermore, there is also a trend of transition from purely navigational robotic intervention towards “cognitive” robotic interventions, and more specifically, moving from the purely mechanical benefits of robot technology (precision, ability, safety, comfort) to outcome quality improvement (via increased intelligence, information, insight, and connectivity). This will be the expected transition towards “digital procedures” via image guidance and integration, automation, telerobotics and insight deducted from big data. Interventional radiology closely follows this field’s continuous evolution and constantly integrates the available technology and evidence in everyday clinical practice.

Figure 1. The CorPath GXR from Corindus Inc consists of a) a metallic arm that is fixed on the angiographic table, b) A “cassette” where the wires and the catheters are inserted, and c) a remote-control area of wire and catheter manipulation. 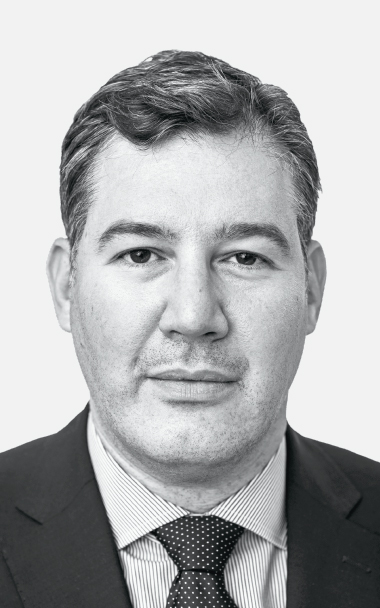 Miltiadis Krokidis is a vascular and interventional radiologist at Areteion Hospital and assistant professor at the School of Medicine of the National and Kapodistrian University of Athens, Greece. He has served in various positions in major European radiological societies and he is the currently the IASIOS Committee Deputy Chairperson and the advisor for public affairs for the CVIR Journal.