At CIRSE 2022, Aghiad Al-Kutoubi, Anne Marie Cahill and Luigi A. Solbiati joined the ranks of distinguished fellows who are honoured for having made exceptional contributions to the practice and science of interventional radiology. 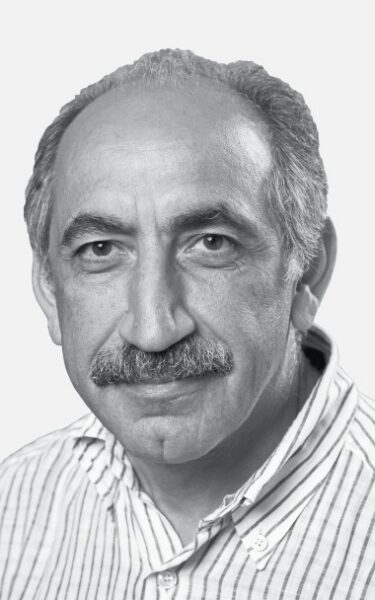 Born in Damascus, Syria, Professor Al-Kutoubi graduated with MD from Damascus University in 1975 and moved to the UK to pursue postgraduate training in radiology.

In 1977 he joined the training programme in the radiology department at St Mary’s Hospital, London and was impressed from the first days by the impact of “invasive imaging procedures.” With one of the busiest vascular units in the UK, the department performed many angiographic procedures under the chairmanship of Dr. David Sutton, an established pioneer of angiography. Professor Al-Kutoubi had training in cerebral, coronary, visceral and peripheral angiography. Training also included various venous sampling procedures and the emerging management of haemorrhage through embolisation. Professor Al-Kutoubi assisted Dr. Sutton in the first balloon angioplasty procedure at St Mary’s in 1978. His love for the new specialty of IR was nurtured as new procedures were introduced to different body systems with increasing experience and expanding expertise. Professor Al-Kutoubi learned from other pioneers: Brian Kendall & Pirerre Lasjaunias in neurointervention; Robert Dick in biliary intervention and attended courses organized by Andreas Gruntzig on coronary angioplasty and performed these procedures at St Mary’s. After the retirement of Dr. Sutton and upon his appointment in 1984 as a consultant radiologist in charge of vascular and interventional radiology, Professor Al-Kutoubi spent a short stint at Massachusetts General Hospital with Christos Athanasoulis and Arthur Waltman to learn about the American approach to IR.

Under Professor Al-Kutoubi ’s directorship and with the expansion in the specialty and development of stents and other devices, the department of radiology at St Mary’s kept up with the developments and, in collaboration with all the medical and surgical units, particularly the vascular unit, offered to the patients a comprehensive range of vascular and non-vascular interventional procedures including portal intervention and tumour management. The IR team included Dr. Mary Crofton and later Dr. Wladyslaw Gedroyc. Dr. Robert Morgan was subsequently recruited to join the team.

Professor Al-Kutoubi joined CIRSE in 1987 and participated as a member and presenter in the first meeting of the BSIR in 1988. He was elected CIRSE Fellow in 1997. He was involved in the RCR and served as an examiner and senior examiner for the FRCR.

In 1997 Professor Al-Kutoubi was headhunted by the American University of Beirut, one of the oldest and most respected universities in the Middle East, to chair the department of radiology and rebuild the services and training and develop IR in the region. The IR services in the Middle East were limited to a few centres with a small retinue. Moreover, many of the IR procedures were performed by non-radiologists.

During his tenure as professor and chairman, Professor Al-Kutoubi introduced EVAR in the Arab Middle East and developed a first-class comprehensive IR service in close collaboration with various colleagues from different medical and surgical specialties, particularly vascular, hepatobiliary and neurology. As a result, IR became the top choice for residents in training. The IR team included Dr. Maurice Haddad, Dr. Ali Haydar and Dr. Nadim Muallem. Professor Al-Kutoubi succeeded in connecting the various IRs and was the founding president of the Pan Arab Interventional Radiology Society “PAIRS.” He subsequently was elected as the honorary life president and first fellow.

Consolidating the academic drive and addressing the local needs, Professor Al-Kutoubi was one of the founders of the Arab Board of Radiology and Medical Imaging in 2002, of which he is now the president. ABRMI has been supervising the training of radiology in the Arab world and has certified more than 800 radiologists and now offers subspecialty certification in IR amongst other subjects. Being a strong believer in the ethos of hands-on supervised training, Professor Al-Kutoubi had the pleasure of training tens of junior radiologists in IR both in the UK and subsequently in Beirut and is proud of the achievements of so many of them who are now leaders in IR.

A proud husband, father and grandfather, he enjoys golf and scuba diving after a knee injury stopped him from playing active sports. His hobbies include Arabic calligraphy and portrait sketching. 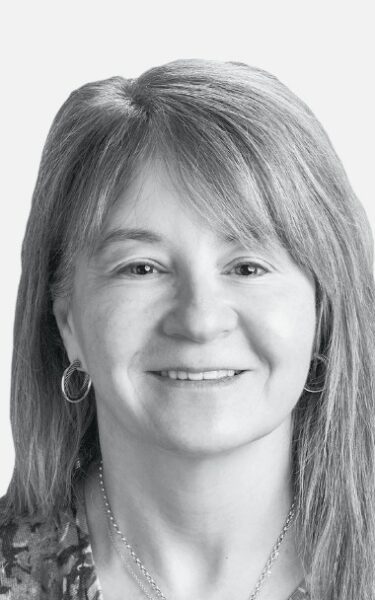 Dr. Cahill is the division chief of pediatric IR at Children’s Hospital of Philadelphia and the endowed chair of interventional radiology. She has just become a full professor of radiology at the Perelman School of Medicine, University of Pennsylvania and is currently the president of the Society of Pediatric Interventional Radiology. Dr. Cahill has been the division chief of IR since 2005, the department growing from an N of 1 (herself) to now eight pediatric interventional radiologists. It has been a labor of love for her with long clinical hours and much personal time dedicated to research, but a labor of love, nonetheless.

Dr. Cahill’s interventional interests are broad and include vascular malformation therapy, innovative techniques for IR guided biopsy for precision oncology and endovascular intervention for renovascular hypertension. She serves on the board of the Renovascular Hypertension Pediatric Outcomes Consortium, a patient focused international research consortium, with the aim of increasing awareness of pediatric fibromuscular dysplasia from diagnosis to potential genomic based precision therapy.

Dr. Cahill has authored or co-authored over 100 publications, including peer reviewed publications, book chapters and scientific abstracts. She is an invited reviewer for many journals, including Pediatric Radiology, JVIR, American Journal of Radiology and currently is on the editorial board of JVIR and CVIR Endovascular.

Dr. Cahill has graduated over 20 dedicated pediatric interventional fellows from Children’s Hospital of Philadelphia who now have careers in major children’s hospitals advancing pediatric IR. In addition, she has mentored many research students in performing clinical outcome research in pediatric interventional radiology. For her this has been the highlight of her career to date, to see her IR team graduate ambassadors of pediatric IR throughout the world.

Dr. Cahill currently is grant funded to support IR guided biopsy for precision therapy of relapsed neuroblastoma and is the primary investigator for the NIH funded PUMA gastrostomy pediatric trial. In addition, Dr. Cahill serves as a pediatric advisor for Siemen’s Healthiness and Avanos Inc.

Finally, after the work is done Dr. Cahill is a passionate Francophile, attending French classes weekly. When she is on vacation, she tends to go off the grid to parts unknown, trekking or biking in places such as Uganda, Bhutan, Myanmar, Madagascar, anywhere nature begins and the grid ends! 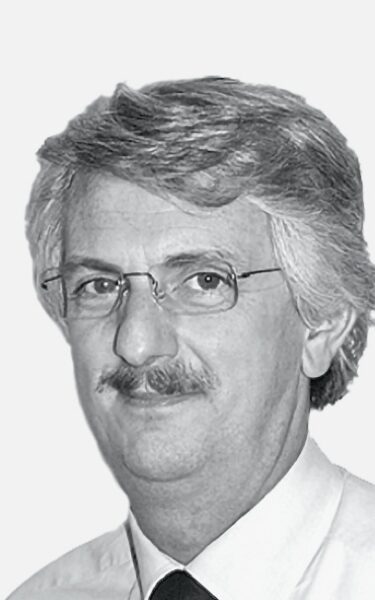 Luigi Alessandro Solbiati was born in Busto Arsizio, Italy, in 1952, graduated cum laude from the University of Milan in 1977, and received his postgraduate degree in radiology from the School of Radiology of Milan University in 1981. He was resident at the department of ultrasound of the Royal Marsden Hospital in Sutton, UK with Prof. Davide Cosgrove in 1981 and the department of medical physics of the Hospital of Bristol, UK in 1982. In his clinical activity, he had been working for 35 years at the General Hospital of Busto Arsizio, from the initial role of assistant to that of chairman of the department of diagnostic imaging (2002-2011) and oncology (2012-2015) and head of the division of interventional oncologic radiology (2010-2015).

In his academic career, since 1988, he had been appointed as a contract professor of “Techniques and Methods of Diagnostic Imaging” at the School of Radiology of the University of Milan. In 2014, he received the academic qualification of full professor of radiology. The following year he moved to Humanitas University at Pieve Emanuele and Humanitas Research Hospital at Rozzano in Milan, Italy, where he is currently a professor of radiology and consultant of interventional radiology, respectively.

Prof. Solbiati was a board member of the Italian Society of Ultrasound in Medicine and Biology (1985-1991), president of the Section of Ultrasound of the Italian Society of Radiology (SIRM) (2006-2010), member of the executive council of the European Society of Radiology (ESR) (2008-2010) and vice-president of SIRM (2008-2010). In 2006 Prof. Solbiati was the chairman of the 1st World Conference on Interventional Oncology in Cernobbio (Lake Como).

His main fields of interest have always been interventional procedures in oncologic and non-oncologic diseases (particularly percutaneous image-guided thermal ablation), imaging of the neck, sonography and contrast enhanced sonography. After being one of the pioneers of ultrasound-guided aspiration biopsies, in 1982, he performed what is considered the very first ablation ever performed, i.e. the ultrasound-guided percutaneous ethanol injection (PEI) of a large inoperable parathyroid adenoma. Furthermore, he was the pioneer of PEI of HCCs in 1985 and radiofrequency ablation (RFA) with cool-tip electrodes of HCCs and liver metastases in 1995, together with the group of Dr. Tito Livraghi from the Hospital of Vimercate. Subsequently, Prof. Solbiati was one of the first users in the world of high-power microwave ablation (MWA) of solid tumors in 2009 and of image fusion of real-time US with CT, MRI and PET for the guidance of interventional procedures in 2003.

With his team, Prof. Solbiati is one of the leading experts in the world in RFA and MWA of liver malignancies and renal cell carcinomas, and also in laser and RF ablation of thyroid and parathyroid benign tumors, accounting for more than 6,000 patients treated.

Prof. Solbiati published 187 original articles in peer-reviewed journals as of yet, 158 of them indexed in PubMed. His Google-scholar H-index is currently 66, his impact factor far exceeds 450 and his publications had 28,595 citations (Google Scholar). Furthermore, he holds second place in the world ranking of the authors with the largest number of citations published between 1945 and 2012 (American Journal of Roentgenology 2013; 201: 471-481).

In addition, he published 62 chapters in textbooks on radiology, interventional radiology, and oncology, and was the editor and author of 12 books on small-parts sonography, contrast-enhanced sonography, and ablative therapies, five of them for international publishers in English.

Prof. Solbiati gave 642 presentations at meetings, congresses and courses in 23 different countries and was invited speaker at 245 international congresses and courses. He was a guest lecturer at the Universities of San Diego, Zurich, Beijing, Hong Kong, New Delhi, Cairo, Vienna, Moscow, Chelyabinsk (Russia), Madison (USA), Guangzhou (China), and at the Mayo Clinic in Rochester (USA).