Each year the Andreas Gruentzig Lecture and the Josef Roesch Lecture are given by scientists whose contributions to IR, the development of interventional radiology, and CIRSE are widely recognised.

Paediatric IR: developing excellence in IR for our youngest patients

Venous interventions in the liver of non-cirrhotic patients: pushing the limits

Honoring the late German radiology legend Andreas Gruentzig, this eponymous lecture has been given by some of IR’s most outstanding representatives upon invitation from the CIRSE Executive Committee. 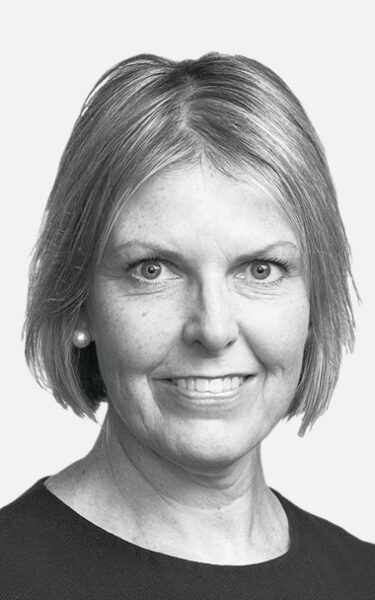 She was born and grew up in Zimbabwe, moving to the UK in 1984. She studied medicine at the University of Southampton. Her initial career interest was in paediatric surgery, and she trained in paediatrics in Southampton and London. However, she was inspired by an outstanding paediatric radiologist in Southampton, Dr. Jo Fairhurst, to consider a career change.

In 1999, she joined the radiology training program at Hammersmith/Charing Cross Hospitals in London and was taught by David Allison and James Jackson, amongst others. Her plan was to specialise in paediatric radiology, but six months of exposure to interventional radiology prompted another re-think. Midway through her training and torn between future careers in paediatric radiology and IR, she was introduced to Dr. Derek Roebuck, an Australian radiologist single-handedly pioneering the development of paediatric IR in the UK at Great Ormond Street Hospital in London. She was offered the opportunity of a diagnostic paediatric radiology fellowship at Great Ormond Street Hospital in 2003. There was no formal training in paediatric IR available in the UK at that time but she used every opportunity during her fellowship to escape to the IR suite and learn. After a 12-month diagnostic fellowship at Melbourne Children’s Hospital, Australia, in 2005, she returned to the UK and was appointed as the second paediatric IR at Great Ormond Street.

The paediatric IR department at Great Ormond Street Hospital has grown since that time. Dr. Barnacle is now one of a team of six full time paediatric IRs in the largest PIR unit in Europe. Her specialist interests include paediatric interventional oncology and renal stone management. Still, her first love is vascular anomalies, inspired by her early training with James Jackson, and she has an international reputation in the management of vascular malformations. She established orbital sclerotherapy as a procedure in the UK for both adults and children, working alongside adult IR teams at St George’s Hospital, London, and the UK’s National Hospital for Neurology and Neurosurgery.  She founded the paediatric cryoablation service at her hospital with Dr. Premal Patel and developed the first paediatric ablation registry in Europe, ICECaP.

Above all, Dr. Barnacle is passionate about the development of paediatric IR, determined to ensure that, in time, all children have equal and open access to the very best IR care. She has served two terms as President of the Society for Pediatric Interventional Radiology (SPIR) and has sat on the SPIR executive board for six years. She established the ‘Paediatric IR UK’ annual meeting to promote this vital subspeciality to junior doctors and adult IRs alike and support those striving to develop this fledgling service across the UK and Ireland. She co-chairs the PIR special interest group within the British Society of IR (BSIR) and sits on the UK Royal College of Radiologists’ IR Committee. In 2018, she was the BSIR/Royal College’s Travelling Professor for IR and, in 2022, authored the national PIR policy guidance document for the UK. She has advised on PIR service development in centres in the UK and Ireland. She has travelled to Sri Lanka twice to help establish a PIR service in the paediatric hospital in Colombo and continues to support the team there remotely.

She has worked within CIRSE as part of the CIRSE and ECIO Scientific Program Committees, Membership Committee, and chair of the Social Media Subcommittee, ensuring PIR features on the program of every CIRSE meeting. Mentored by Professor Anna-Maria Belli and inspired by many other women in IR, she has coordinated the Women in IR session at the CIRSE congress for the last three years and is committed to promoting allyship for women across this specialty.

Dr. Barnacle is widely published on paediatric IR and has delivered over 120 invited lectures in the last ten years.

Outside of work, her interests include art history and tennis. She is very amateur at water skiing and speaking Spanish, though never at the same time. 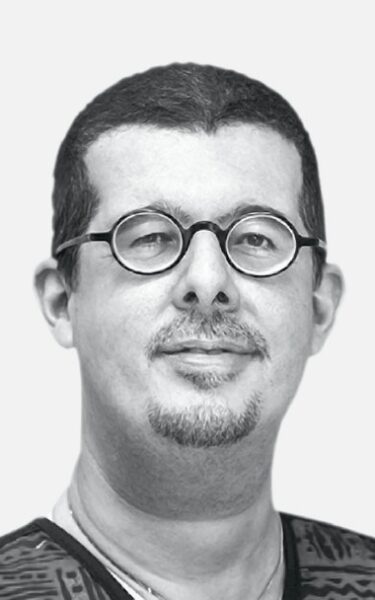 Dr. Guiu received his MD from the University of Burgundy, Dijon, Medical School in 2009 and his PhD in the same university in 2012. Later, he completed a fellowship in interventional radiology at Gustave-Roussy and the University Hospital of Lausanne, Switzerland.

Dr. Guiu is a member of CIRSE, EASL, AASLD, European Society of Radiology and French Radiological Society. In 2019, he won the European Award of Excellence and Innovation in Interventional Radiology. He serves as a reviewer for many journals, including The Lancet Gastroenterology & Hepatology, The Journal of Hepatology, Hepatology Communications, CVIR and JVIR. He has been appointed as co-chair of the IO4IO task force by CIRSE. He serves as an editor for Hepatobiliary Surgery and Nutrition and Cancers journals. He is a faculty member of ECIO, ET, CIRSE, GEST and SIO. Dr. Guiu has published over 240 peer-reviewed papers. He described the liver venous deprivation technique, combining portal and hepatic vein embolization for liver preparation before major hepatectomy. He is the coordinator of seven clinical trials in liver interventional radiology. The most recent clinic trial studies randomizing immune-checkpoint inhibitor/antiangiogenic and radiofrequency ablation versus radiofrequency ablation in small HCC.

Innovative and longstanding research on the treatment of liver tumors has ever been a pursuit in his academic career.